The first Little League baseball was played in Green Bay in 1953, and it was organized and sponsored by the Optimist Club of Green Bay.  Thousands of youth and families have benefited from the program and continue to benefit today, with over 450 youth and their families involved in the Green Bay East Side baseball organization.  Club members remain very active in supporting the baseball program through fundraising efforts to support the league programs, construction projects to make improvements to park facilities, and overall management of the program. 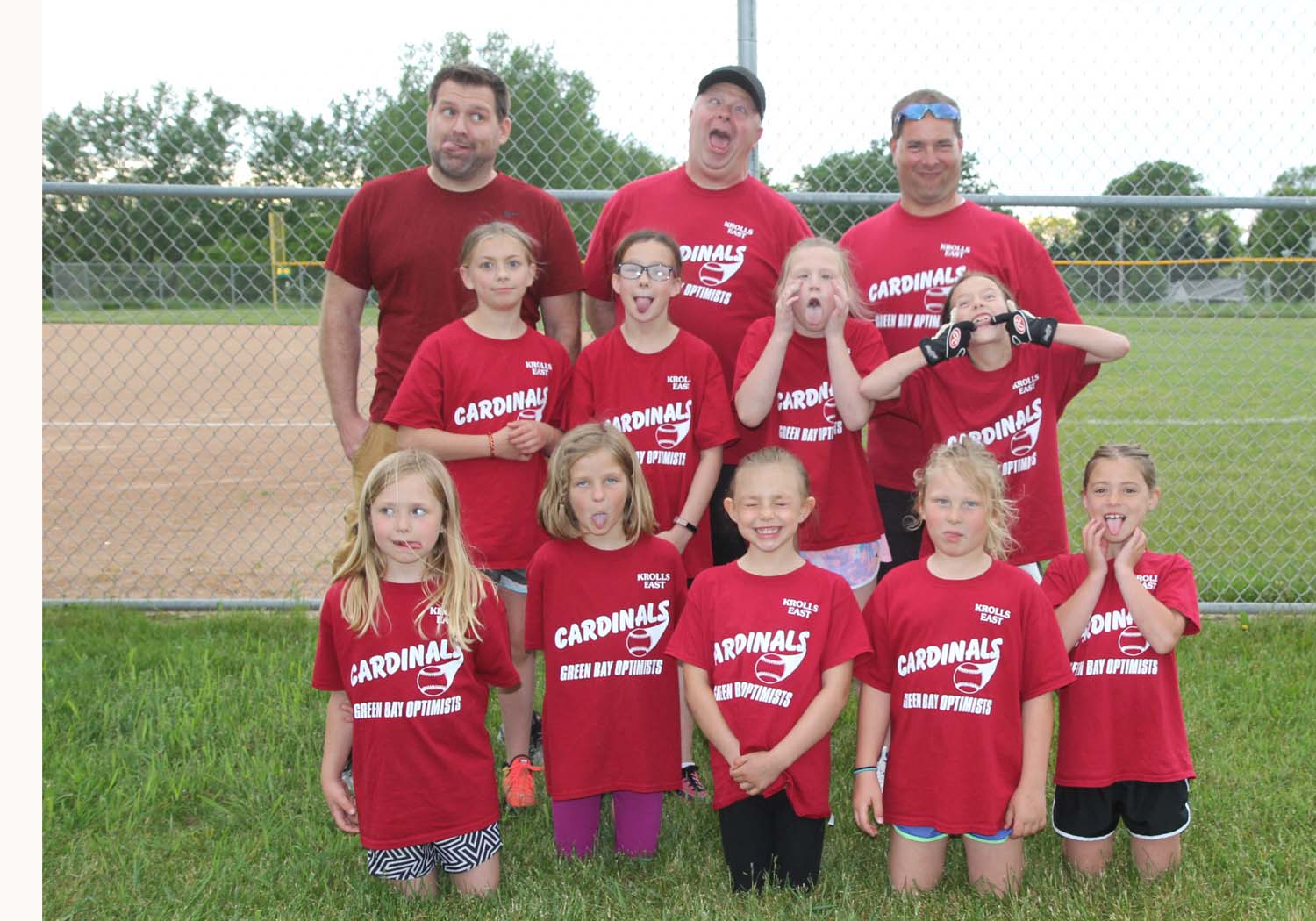 The Club’s youth softball program is financially supported and managed by Club members. The Club’s softball program involves over 240 youth and their families in that it organizes and sponsors youth leagues from 4k through middle school.  Programs include introduction to the sport of softball to 50-100 families each year, pitching instruction, recreational summer leagues, fall league, and supporting highly competitive team opportunities for those interested.  The Club also is involved in improving park facilities for the benefit of the youth softball programs and the entire community. 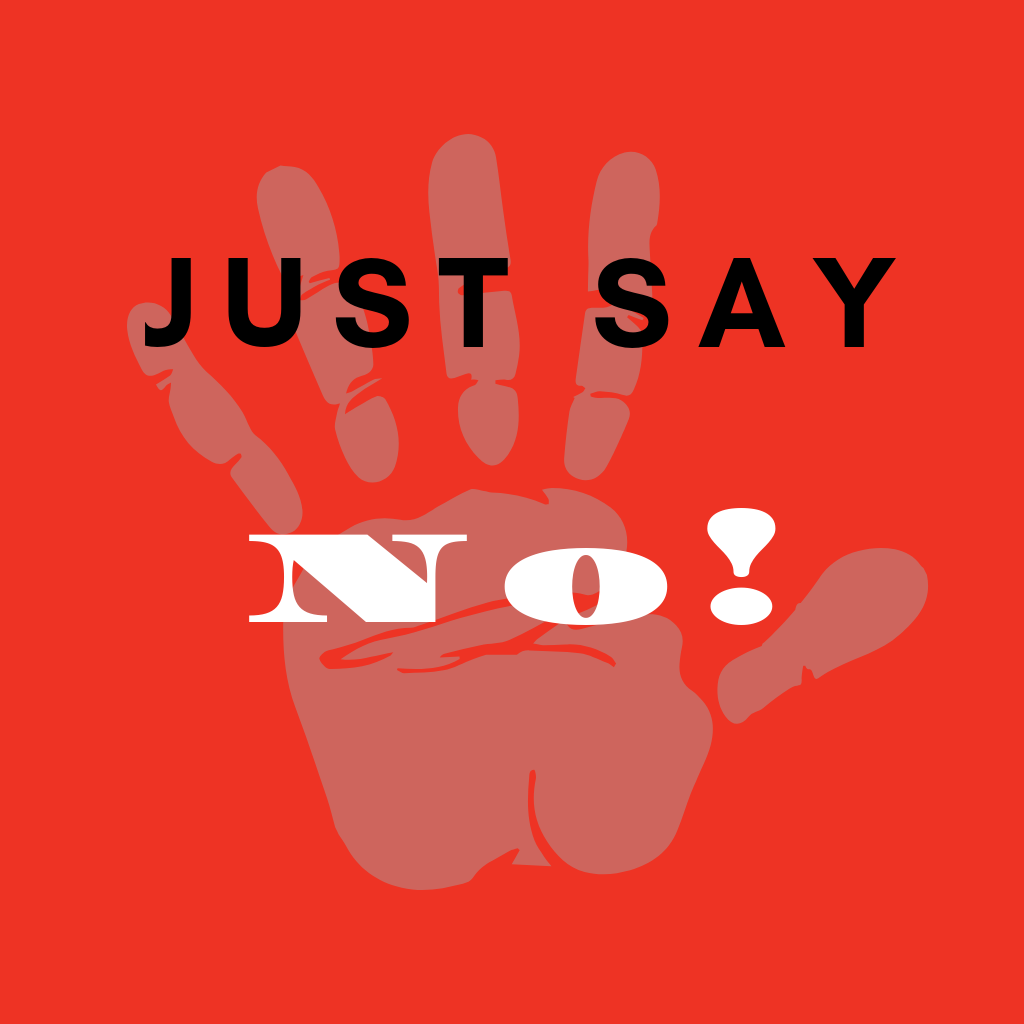 Optimist International “Just Say No” Program is designed for children in elementary school. The Wednesday Noon Optimist club currently sponsors a program at Baird Elementary School in Green Bay for the 4thand 5thgrade students. The goal of the program has expanded over the years and now tries to encourage the students to not only “Say No” to tobacco, alcohol and drugs, but also to be aware of the cyder risks associate with the internet and cell phones. The program also speaks to the students directly about the issue of bullying not only in school but throughout their daily lives.

Twice each school year our club will provide an outside speaker/presentation for the students at Baird School to encourage them to be aware of the risks associated with tobacco, alcohol and drugs and to make good decisions concerning all of those things in their daily lives. The program also lets the students know where they can seek help whenever they encounter a problem. The goal of the program is to help the student lead healthier and happier lives and to be leaders in their homes and their community. 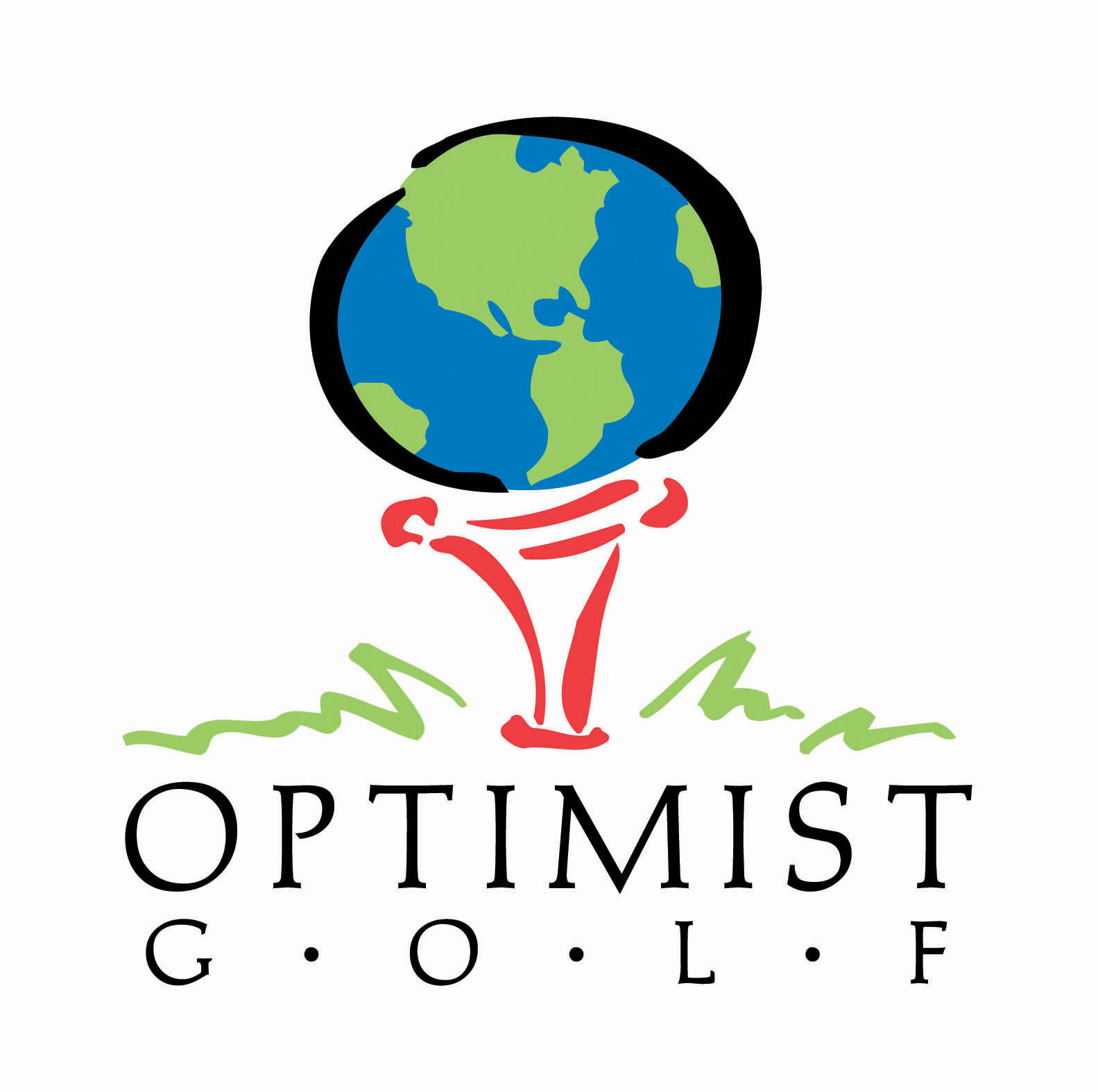 The Optimist Club of Green Bay, in partnership with First Tee Northeast Wisconsin, will be hosting the Optimist International Junior Golf Qualifier on May 15, 2022. The event will take place at Mid Valley Golf Course and costs $79 to register. Age divisions for boys are 10-11, 12-13, 14-15 and 16-18. Girls age divisions are 10-12. 13-14 and 15-18. Participants have a chance to qualify for the Optimist International Junior Golf Tournament which will take place in July at the famous Doral Resort in Miami, FL.

For more information, or to register your child, please click here.

As an Optimist Club that meets in downtown Green Bay, it was only natural to partner with near-by Howe Elementary School  where the majority of students are at or below the poverty level. Our club’s efforts on behalf of this school reflect the Optimist motto, “Friend of Youth.”

The relationship began years ago, when members (who?) items for Christmas baskets for Howe School families. The club collects donated items, the baskets are decorated and delivered to the school social worker, who presents them to families she knows are most in need at the holidays.

After hearing a presentation in early 2018, by Howe School principal, Amy Kallioinen and social worker, Crystal Dubey, the Club realized it could do more for the students, who sometimes didn’t even have sturdy shoes or boots in winter.  The Club decided to create a “Shoe Fund” at Howe that could be used at the social worker’s discretion to buy the footwear needed, whenever needed.

The Club asked for a list of other school needs and learned that, to build student body pride, the administration was trying to raise funds to buy “school spirit” t-shirts for every student, faculty, and staff member.  The cost per shirt they were using seemed high to our members, and we asked if we could search our own resources for better pricing.   A friend of the Club (who?) gave us an “at cost” price and a donation.  With that affordable pricing, our Club was able to pay for every t-shirt for every person at the school.  Wednesdays are “School Spirit Day,” and it’s a joy to see everyone in the halls with their black “Howe Huskies” shirts on!  On the back in big letters is the school slogan: “Do Your Best – Be Your Best.”  Below in smaller letters is the Optimist Club of Green Bay logo and the words “Friend of Youth.”

Another new initiative began in 2019 in an effort to, not just give money, but also make a difference in person.  Five Club members and three friend volunteers “adopted” the Howe School Class of 2024. Starting this year with three kindergarten classes, the team met students twice a month to teach life lessons through music, art, games, activities.  “How We Talk with Our Faces,” “What is An Orchestra?”  “Imagine Your Adventure,” and more.  Our very first project was to create a puppet for every student!  They got to choose their own “animal” and seven volunteers did all the sewing.  Puppets were used to reinforce kindness, how to greet people, being helpful.  The team will work with these same students, as they progress through the grades, until they graduate from Howe in 2024.

And that’s HOW we help HOWE! 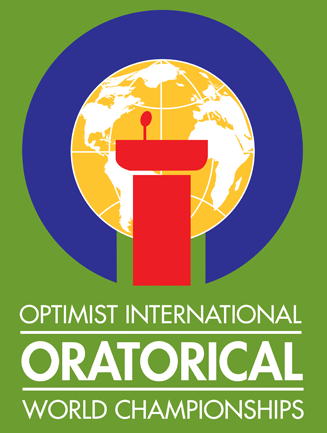 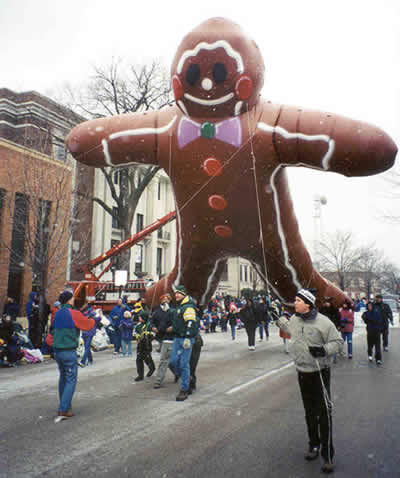 For over 30 years the Optimist Club of Green Bay has provided balloon handlers for the Green Bay Holiday Parade. We as a club are considered experts in the handling of both helium and cold air balloons, often guiding multiple parade entries. These parade balloons have included snowmen, toy soldiers, and other seasonal characters all intended to delight the youngest and oldest of parade spectators. Usually held on the Saturday after Thanksgiving, this parade often provides some small weather related challenges, however all is worth the inconvenience when we see the delight in the eyes of kids along the parade route.

Memorable fun is had by all Optimist member participants. The experience has led to camaraderie among balloon handlers and funny stories going back decades. In recent years, Optimist members have been joined by Youth Softball players and their parents to share the fun. Each year the Optimist Club participating members look forward the crisp November weather and the “Parade”.  We know the balloons are guaranteed to bring big smiles  to hundreds of young spectators. 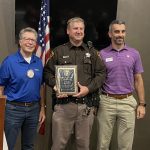 In 1965 a discussion between Past International President Carl Bowen and former FBI Director J. Edgar Hoover resulted in the birth of the Respect For Law community activity. This is the fourth most Popular Optimist activity with more than 1500 clubs participating each year.

There are many methods of conducting a Respect for Law community activity. The Optimist Club of Green Bay has opted to honor members of law enforcement such as police officers, judges, district attorneys for their distinguished service. The Optimist Club of Green Bay has partnered with the Allouez Optimist Club to award recipients with a luncheon and Plaque summarizing their service. Recipient families are also invited to attend the event as well as coworkers who describe the recipient’s activities.

Respect for Law luncheons and awards are presented on an annual basis. 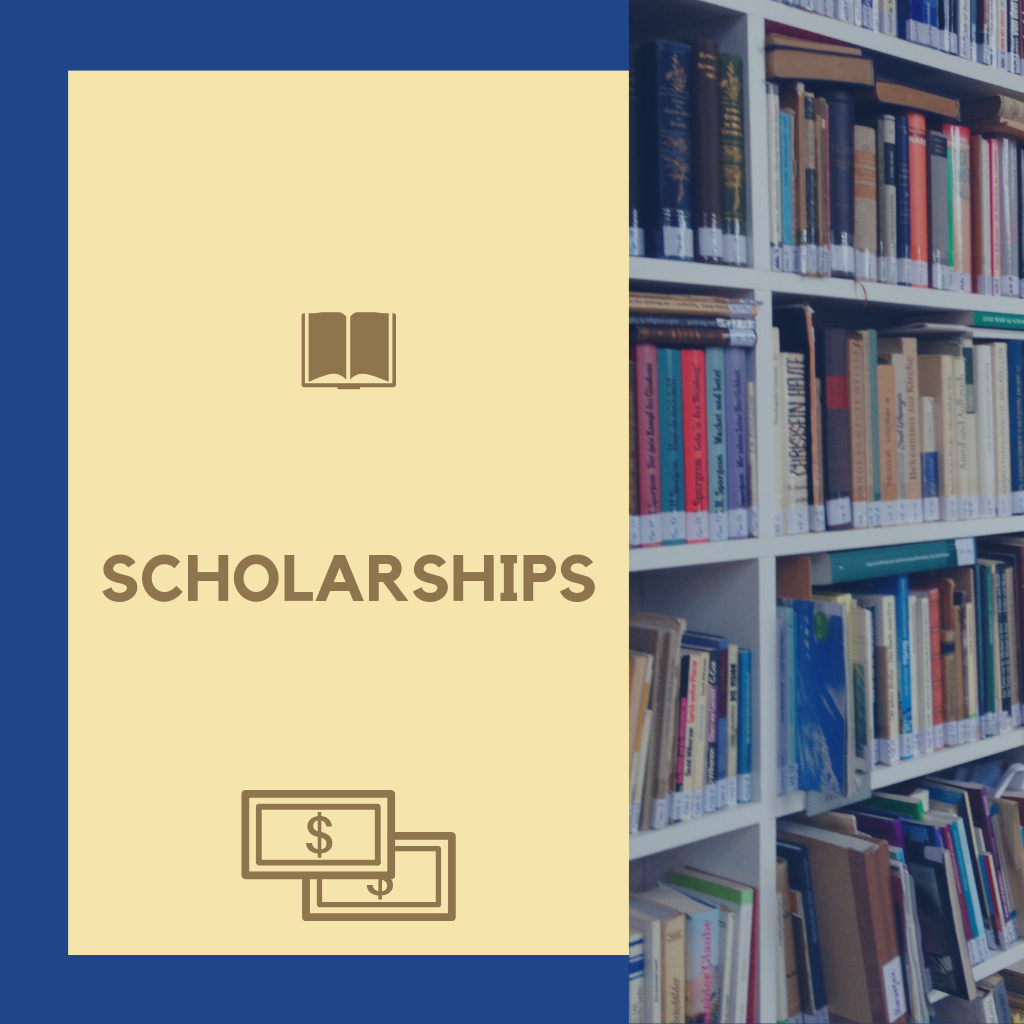 The Optimist Club of Green Bay Foundation Scholarship Program was established in 2016 and designed to not only recognize local students for their academic achievements but also to assist them financially with the costs of their future education. The program provides $1,000 scholarships to each of 5 students annually who are planning to attend either a 2 year or a 4 year college or tech school.

Our club has partnered with both Scholarships Inc  of Green Bay and Luxemburg-Casco Scholarships, Inc. to assist us in the selection process for awarding the scholarships each year. The students are required to provide a formal application, which includes their financial status, and to submit information concerning their academic standing, an essay and information concerning the school they are planning to attend and their planned course of study. Scholarships, Inc is viewed as a scholarship of last resort and makes their final decisions after the application process is completed and in consideration of any other scholarships the students may have been awarded.